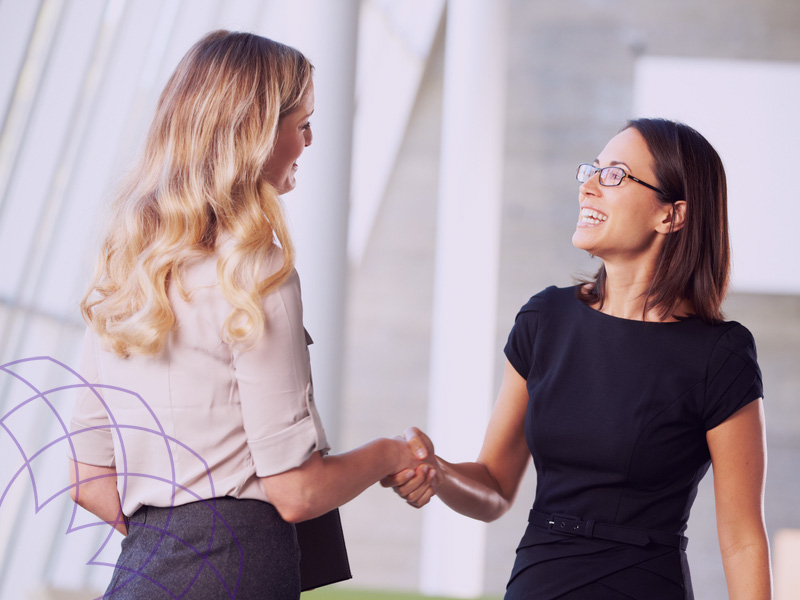 Networking is an important aspect of conducting business, but it is also something that many women dread doing. Networking is a skill that many people have; however, few people know how to do it properly. This is why we have a few tips to make you network better and be more effective at it.

When you first arrive at a networking event, the thought of introducing yourself to random strangers can incite stress in even the most confident of women. Rather than thinking of the networking event as a whole, break it into smaller goals. For example, instead of thinking that you must stay for the duration of the event, set a goal that you will stay for one hour and introduce yourself to at least three people. This is much more manageable than thinking that you have to meet every single person at the event. By the time you have met your small goal, you will likely find that you are feeling much more comfortable and will want to stay longer and meet even more people.

If the thought of being surrounded by large crowds of people with no one to talk to makes you nervous, arrive at the networking event half an hour early. This way, you’ll be there before the crowd becomes overwhelmingly large, and you’ll have more of a chance to talk to people one-on-one with fewer distractions. By the time the masses arrive, you’ll already have a few new contacts on your list.

Attending networking events can sometimes be overwhelming, making it difficult to remember who you spoke to and what you talked about. With a pile of business cards at the end of the night, you’ll likely find that your memory of specific people can get a bit mixed up. When you collect business cards from your new connections, jot down a few quick notes on the back of the card as soon as you have finished your conversation. They don’t need to be extensive but should cover the key points of your conversation and something specific to help jog your memory of the person later.

It is amazing how many people attend networking events and then never do anything to nurture the relationship with their new contacts. Within a few days of the event, send a quick email to each of your contacts. Remind the person who you are and what you talked about; your business card notes will come in handy here. Let them know to keep in touch with you if they need any assistance with their current project. This way, you’ll be at the front of their minds when a potential new job opportunity arises.

When talking with people at a networking event, try to keep the focus on your prospective new contact, rather than on yourself. Instead of asking simple yes-or-no questions, ask open-ended questions that allow for a more lengthy response. Not only will this give you a better sense of the person you are talking to, but it will also allow people to feel a deeper connection with you. People love to talk about themselves and feel as though they know people better after sharing more of themselves. In turn, people are much more likely to remember someone that they shared a connection with than those who just made small talk.

When at networking events, no one wants to hear you go on and on about your qualifications for half an hour. Instead, come up with a succinct “elevator pitch” that gets straight to the point. The goal is for you to get your information across in about the time that you would be riding in an elevator with someone. Otherwise, you risk losing their attention and interest. Practice your pitch until you are confident that you can deliver it successfully without feeling like you are reciting from a prepared speech. You want the conversation to flow naturally.

As an entrepreneur, networking is an important skill to have. Every person you meet maybe a potential client, or an investor. By perfecting this skill, you will be able to connect with experienced individuals who you can later turn to, for guidance. After all, who you know is a very important factor to consider, as an individual who runs her own business.