Sandra has been advocating for women’s rights ever since she was a teenager. She is the recipient of the Edna Ryan Award for Mentoring (for the advancement of women) in 2008 and was shortlisted for NSW Women Awards in 2018. In 2002 she became part of the executive team with BPW (an NGO called Business and Professional Women) starting out in Vice-President roles in BPW Sydney to State President for BPW NSW in 2006 to 2009 to Executive Director on BPW International between 2012 to 2014. During that time, Sandra was one of Australian Leaders in Commonwealth Business Council.

Sandra is also the only Australian selected to participate in Nasdaq’s Spring 2021 Milestone Makers Program. As part of the program, she was showcased on the NASDAQ Tower in Time Square, New York City along with 12 other outstanding entrepreneurs focused on the UN’s Sustainable Development Goal #10, Reduced Inequalities.

On International Women’s Day 2019, Sandra launched Ellect to address the gender gap in business. In early 2022, Ellect launched Ellect Star which awards companies on their achievement in gender equality in business. The purpose of Ellect Star is to highlight businesses that have achieved in bringing gender balance in their Board of Directors and Senior Leadership Team.

Ellect is aligned with United Nations Sustainable Development Goal no. 5 – Gender Equality and Goal no. 10 – Reduced Inequalities as a purpose driven business.

For more information on Sandra, you can visit her Linkedin profile. 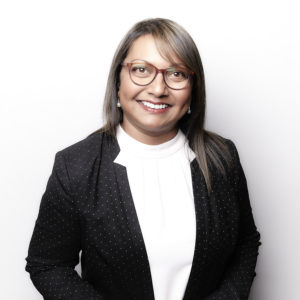